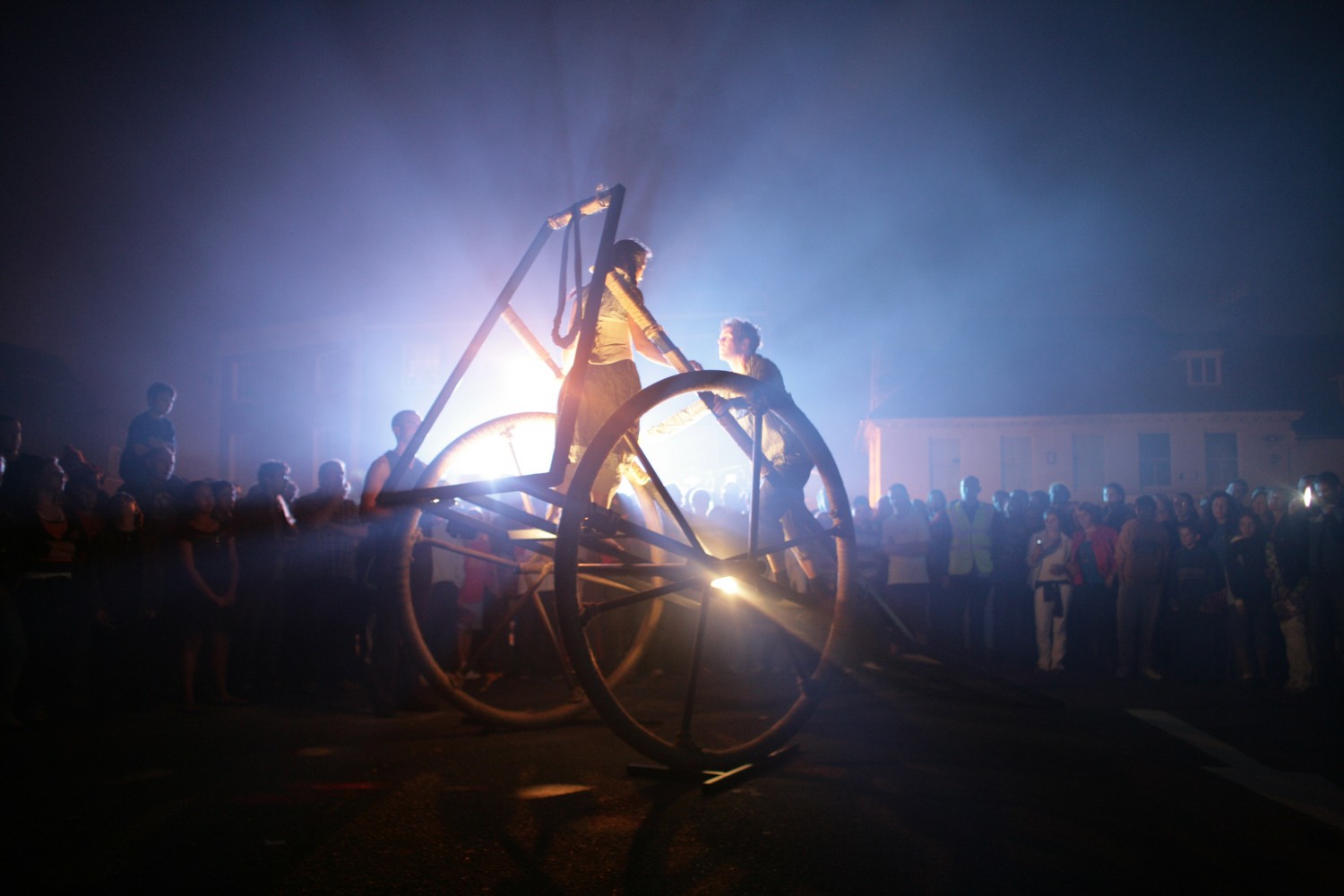 More about Periplum
Brighton-based Periplum is one of the UK’s foremost site-responsive & outdoor performance theatre companies. Besides producing ground-breaking performance they specialise in heritage, participatory & educational projects. Accolades & nominations for the company’s work include The Guardian Critics’ Choice and the Edinburgh International Festival Fringe First.

Artistic Directors, Claire Raftery and Damian Wright, led a series of workshops, leading towards the development of a town centre based theatre production reflecting research about the lives of local people during the period of the First World War.

See a letter trail devised by Periplum which formed the basis of our work at the Creating Trails from a Chosen Overall Narrative workshop on May 10th.

Who was the project for?    Primarily we hoped to develop the skills of WCT members but we also welcomed artists, musicians and performers interested in exploring ways of making theatre in unusual settings, including visual artists and musicians.