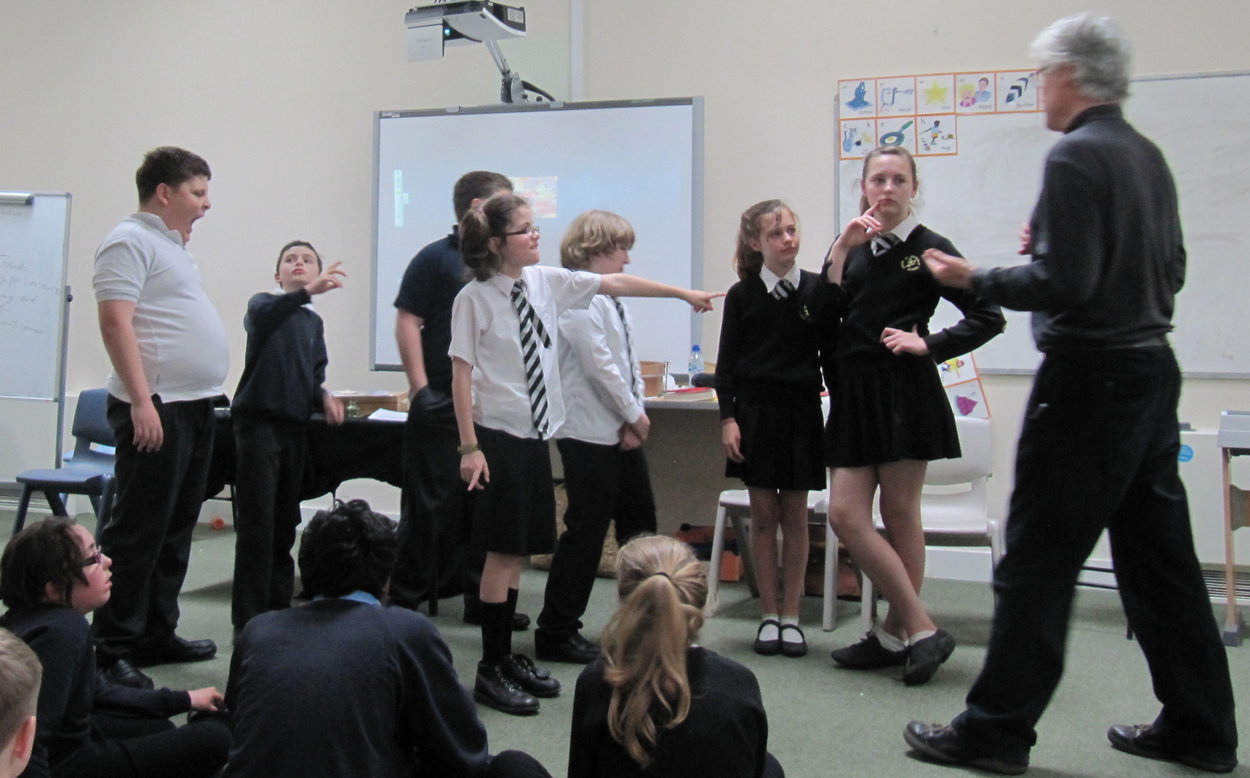 Jeff Hart, from Dorset Community Foundation, watched a rehearsal and commented, ‘It was very moving to see how well the students from St Michael’s worked with Beaucroft students.’

During workshops students joined in a role-play in which school children of 1914 were prepared for a visit by the Rev Fletcher from Wimborne Minster, introduced by the cane-happy Headteacher, played scarily and convincingly by Christian, from Beaucroft.

As the Rev. Fletcher, Tony used information gathered through research at Priest’s House to trigger a scene from the students. In role, he explained some of the circumstances of the war and its impact on Colehill and Wimborne – children having to do household chores; looking after their brothers and sisters; knitting socks and scarves for soldiers in the trenches.

Rev Fletcher explained that the Government had asked for all children to go collect conkers. The children wanted to know why, but Rev. Fletcher said it was ‘a national secret’.

The young people acted their own scene, playing children hunting in the Colehill woods for conkers and discussing their lives in the war. We ended with an elder sister coming to collect her younger sister, as there was “news” about their father waiting at home.

Feedback from teachers was very positive and we’re looking forward to the next session in June.

This is a series of 6 sessions, funded by an Education Award from Dorset Community Foundation, offering inclusive free workshops to 50 local young people, aged between 8-13 years, exploring themes and characters behind stories researched by WCT.  Working with Tony Horitz, they will create a short performance at their schools, casting light on the perspective of young people of the time – hopes and fears, work and leisure.