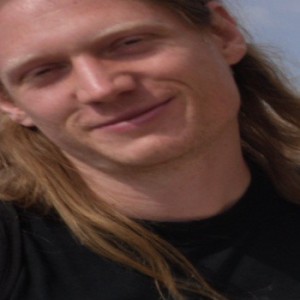 I was first involved as an actor alongside my parents, brother and sister. My earliest memory is of the play ‘Riotous Living’ at Kingston Lacy House in which I played a medieval scribe during the witch trial.

The devising process was ideal for a child because it very often felt like you were just playing games. As it went on you noticed that a piece had begun to develop. You felt very committed to realising the performances to the best of your abilities because you had been involved in the whole process.

Since then, I studied film at University and went on to complete an MSc in Sound Design at the University of Edinburgh. Currently I provide sound and music for theatre productions and also perform live electronic soundtracks to film projections.

Being part of the group has fostered a very wide view of what theatre (and art more generally) could be and how it could operate outside traditional settings and models. Most of the work I produce now is experimental in nature and this was fostered by a willingness to experiment in the group at the time.

Because of the very open and inclusive way the group operates, coming back to work on recent productions was not very different at all. The major change was that I had developed a set of skills to realise the ideas I could contribute. There is now also a willingness to use a range of new technologies to create the world the audience steps into.