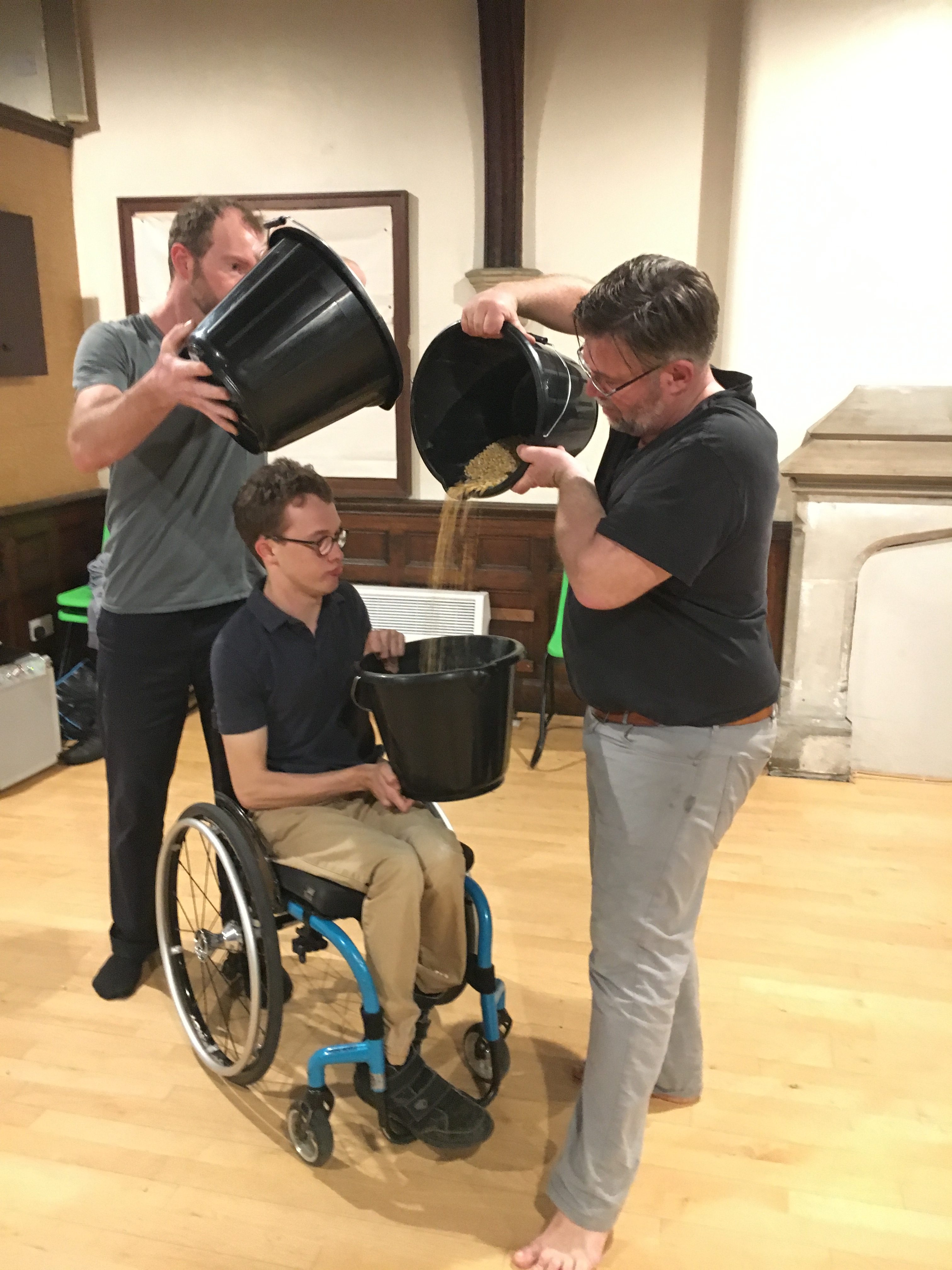 Sylvain Cousin, of leading European circus company, Bistaki, led an inspiring four-day residency with WCT members, teaching new physical theatre skills, using bags of corn, shovels and buckets.  This was originally planned as preparation for collaboration with the company as part of Inside Out Dorset in September. Disappointingly we were not able to use our new skills in performance as the hoped-for funding did not come through but we all felt we had increased our range for future WCT productions.