Walk along the River Stour and listen to Adrian Newton’s ‘Sound Fishing’, recordings of the interior soundworld of the River Stour, captured with a pair of hydrophones suspended from fishing rods. This is a Soundwalk on the banks of the river, which you can hear using your mobile phone. Use of earphones is recommended.

You can access the soundwalk from this link; it will prompt you to download the free app that you need to hear the sounds:
https://explore.echoes.xyz/collections/CJYQWPc0qMnxJ3O9 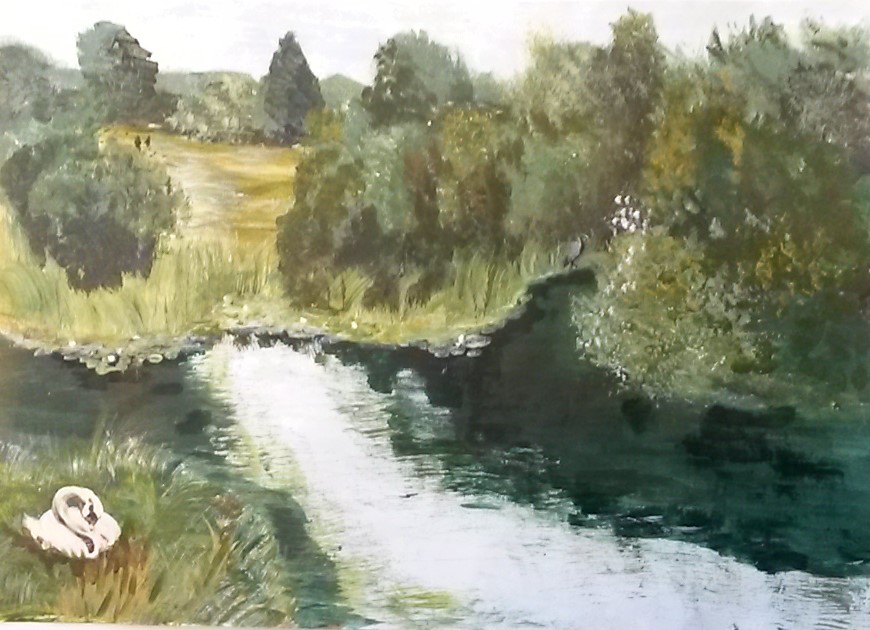 Members of Wimborne Community Theatre have been using lockdown to prepare for our next project on the rivers of Wimborne.  Using a wide variety of media we have produced videos – photos – poems – writing –  sounds – animations – paintings, reflecting on the theme.  We will be using many of the ideas in our Rivers production in 2021, as well as the memories and stories we are collecting from the local community.

See what we’ve come up with so far … 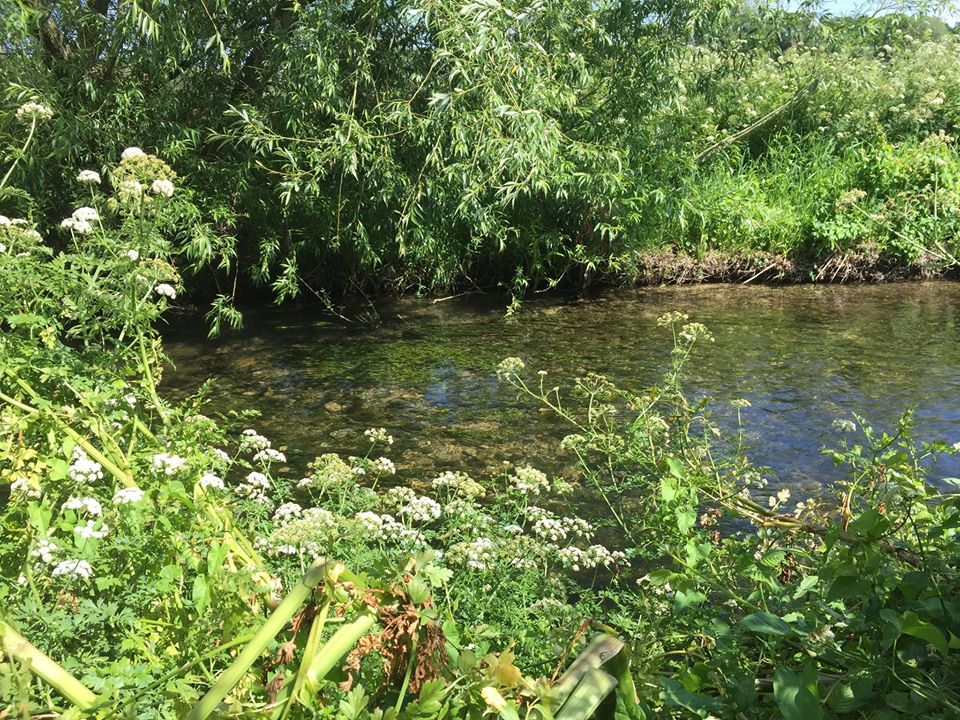 If you would like to share your thoughts about a favourite Wimborne river place, about times spent fishing, swimming, bird watching, boating, picnicking, reflecting or just walking by the river, please complete the form here

Boating on the River by Howard
A fond memory from my childhood is taking a boat along the river in the 1960’s. In those days one could hire a rowing boat for a small sum from a business based on the riverside on the corner of the B3073 (Oakley Hill) and Station Road. My father would take my mother, my brother and myself along the river on a Summer’s evening as far as the weir at Canford School or sometimes West towards the bridge over the B3078 road. Frequently those evenings were memorable for the sunsets, the silence (as there were few others on the river) and the chance to enjoy the view from a different perspective as we slowly paddled around.

Walking by the River by Anonymous
My wife was diagnosed with cancer a couple of years ago and, while I am please to record that she is currently cancer-free, one change has been that she now appreciates being out in nature even more than previously. Long walks are de rigeur nowadays, but accompanied by the desire to take in and observe the wonderful World around us, frequently stopping to look, listen or photograph what we see. The Stour is very much part of this and, having moved back to near her childhood home some years ago, this brings back fond memories.

At the Eastern end of the Wimborne stretch there used to be a dead tree with cormorants in it, while fields further west held dandelion clocks that the children loved, views across the river where swans would glide by and then the vista of Canford School. I once cycled across the bridge at Canford Magna … only to fall off rather unceremoniously at the far end, much to the amusement of my children (once I indicated I was not hurt). As one nears the Western side of Wimborne, riverside fields are full of flowers with butterflies and moths with dragonflies floating overhead during the Summer months … all too easy to take these things for granted but recent years have certainly emphasised to us that this wonderful area to which we are granted access is a place of pure joy for those who linger and look.

A Fleeting Romance by Anonymous
She was beautiful to my eyes as a lovestruck 18-year old and she was the first girl that I kissed. Her distinctive blonde hair was a shade of blonde that picked her out so easily in the crowd and we found chatting so easy. We shared many happy times together both before and after that first kiss but it was in the end a short and innocent, if memorable romance.

On a Summer’s day we cycled out along Magna Road to to Canford Magna and crossed the bridge by the school, where we put down our bikes and laid down together in the field. In those days it was frequented by cows and in places there were thistles but it was a peaceful spot, where we could just sit and talk and only the occasional passer by wandered along the path. There we had our final kiss (although we didn’t know it then) and soon after we drifted apart but that spot will always remind me of that Summer and pleasant times.

Just a Boy by Lynne Vipond
Just a boy
Not even 10
Oh, how he loved the river
Our sad group watch
His ashes were reunited
Our Lovely boy
Goodbye dear Paul

Beating The Bounds with Mayor Anthony Oliver by Chris Brown
All went well until we tried to row upstream on the Stour when it was in full flood! We encountered irate residents and fearful currents. It was a huge task and we abandoned ships to cross The Leaze to head for Deans Court as it looked a far safer option. The Militia and Mayor were in full regalia and costume so if we went in the water that would have been it!

Swimming Near The Willows by Gill Horitz                                                      A long time ago, maybe thirty years, our favourite river spot for picnics was on the far bank of the River Stour, the other side of Eye Bridge.  From the bridge we’d look across the water meadows and imagine Vespasiam’s army marching towards the river.  To think his regiment, hundreds of soldiers, passed that way en route for Badbury! Then we’d  turn right and walk along the far bank towards a small copse of silvery willows, leaves always rippling in the wind, flashing green to white; I wondered who had thought to plant them there, and why.   We climbed down to a small stony beach and laid out our rug.  We always felt a sense of being in our own world, hidden away.

After our picnic, we swam out to the far bank and felt the muddy silt of the riverbed soft and clingy, even slightly treacherous.  I realise I knew almost nothing about the river, about the kind of fish or other creatures living in that world.  We heard about poisons leaking into the river from farms and factories but somehow it didn’t seem possible.  Whether it was safe to swim we didn’t know but the lure of the river landscape enticed us to visit that spot many times over the years until one year a fence barred our way and we were never able to walk that way again.

Walking the River by Peter Ferrett
Ever since I was a boy the rivers Stour and Allen have woven through my life. Pools where my children swam, fishing spots where I dreamed away boyhood summer days and endless walking along the banks, finding solace and joy in equal measure.

The same paths that we walk today for leisure were once important routes for people travelling on foot. They provided a guiding hand but I wonder if the rivers also provided those people with same gifts that we gleam from them.

When reading some of the history of the Minster I began to think about the journeymen Stone Masons of the nineteenth century who were drawn to the extensive restoration work after a century of neglect, much like Hardy’s Jude. Imagining myself to be one such man and being a song writer, I wrote the song “River run Deep” which hopefully will be added to this website.

My Stone Mason needs a chance of work but he also needs the river to guide him there. As he follows its flow the river becomes his companion and its gifts of self knowledge are revealed to him.   I hope you enjoy it.

One Saturday afternoon, crossing the bridge from Crown Mead we noticed some people looking down at the river. Curious, we stopped and joined them. My long wait for an otter sighting was well rewarded. There were three! We watched as they played in the water with no concern for the gathering crowd on the bridge above them. They dived and surfaced, making dashes up and down the river. The two younger ones chased each other while the larger animal stayed close to the river bank. We speculated that they were a watchful mother and her boisterous youngsters who were putting on a performance for us. The show lasted for at least ten minutes and my first and so far only otter sighting could not have been more memorable. 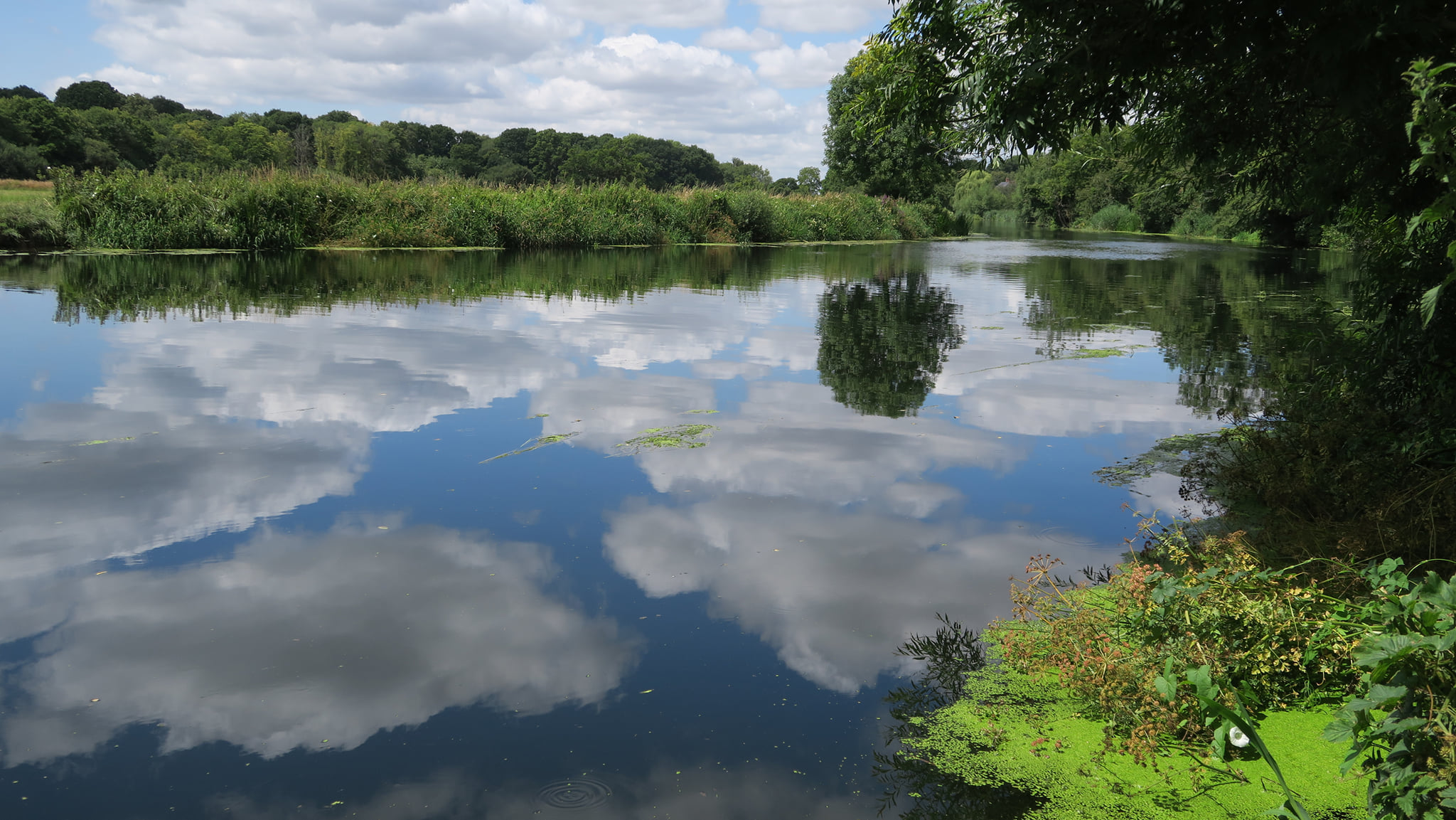 Due to the recent changes to government advice, this event has been cancelled.  Although we have done a thorough risk assessment and planned for social distancing, we feel now is probably not the time for people to gather.  We hope to reschedule it in the future when things return to something more like normality.

So for the meantime, we are back online only!
Everybody has the opportunity to get involved in contributing to our next production in 2021. 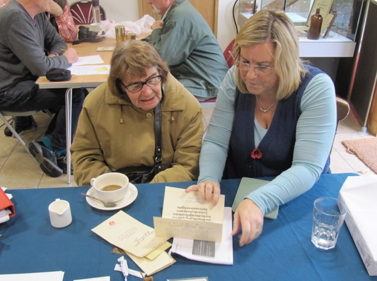 WHAT IS OUR CREATIVE PROCESS FOR DECIDING WHICH STORIES TO CHOOSE FOR A COMMUNITY PLAY?

CASE STUDY: What They Left Behind • 2016  (various indoor and outdoor sites, Wimborne town centre) Created as part of national commemoration of WW1, focussing on the impact of the War on people living in Wimborne; ACE Grants for Arts; Wimborne BID 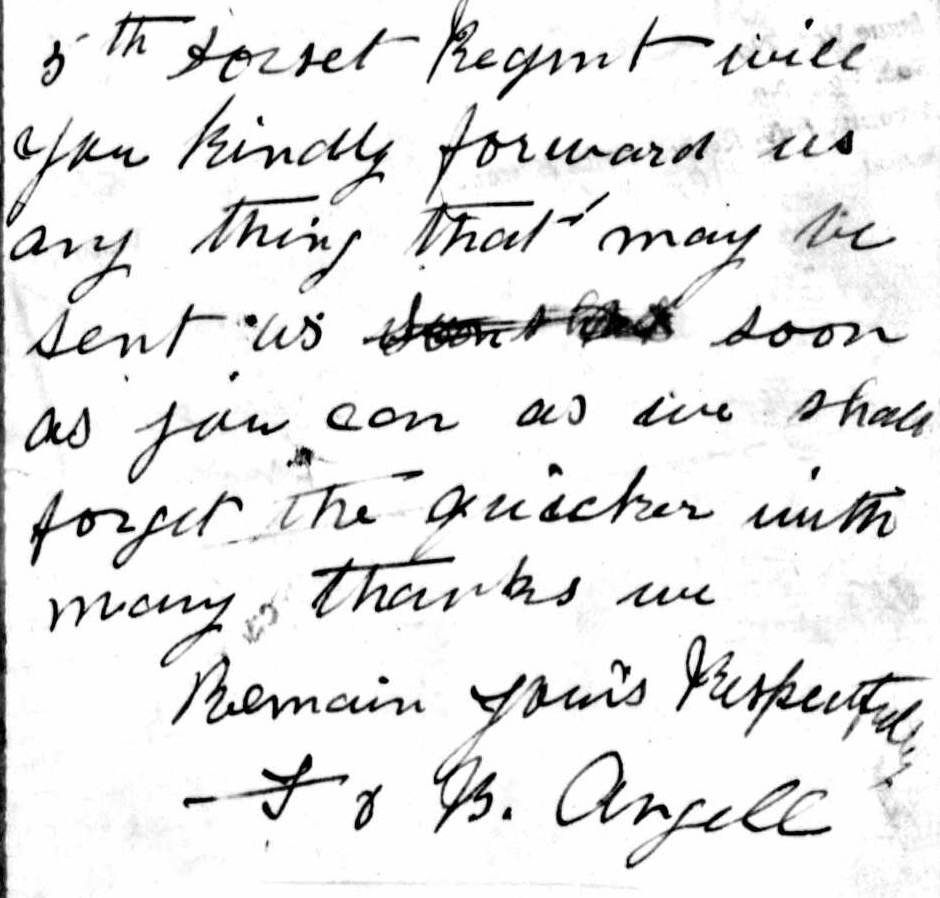 Telling it how it was: How can Community Theatre and Heritage partners collaborate successfully to preserve and relate stories?

Tony Horitz said:  I focused on was how we choose particular stories for WCT’s community plays – and whose stories are they?  I explained our two key criteria for community theatre:

I identified 4 stages to choosing the best stories or the theme or topic and scripting them, including the ‘drama process’ way of improvising and role-playing ideas. See here