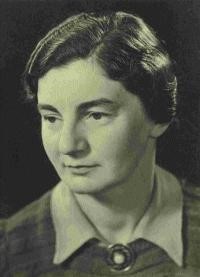 – Tom Coles lived in the house all his life
– Born 1875 (1881 census. Thomas Frank Coles, 6, son)
– Died 1953 (Obituary: “one of the most outstanding and beloved figures in Wimborne passed away on August 28th””).
– Thomas Frank Coles married Blanche Cox, the butcher’s daughter, in 1904 and three years later on the 3rd of April 1907, Hilda Mary, was born.
– He was a strict father.
– Family lived above the shop at PHM with no bathroom. Water drawn from the well.  Outside lavatory.  Employed a maid.  Shop sold cartridges, guns, tools etc.  Gunpowder stored outside.
– Customers before WW1 included the gentry – Bankes of Kingston Lacey, Alingtons of Crichel, Lady Wimborne of Canford Magna
– The garden was the family’s private domain. They all enjoyed the garden, particularly Blanche. Tom vied with his friend George Lock the barber, over who would win the most prizes in the local horticultural shows.
– Tom had taken over the business from his father in 1899 during the Boer war.  Trade then was almost moribund, he had to scrimp, save and worked very hard to avoid bankruptcy.
– He was sometimes accused of stinginess in later life, not least by Hilda when she wanted to replace the family car with a newer model.  But remembering the early years, one can have some sympathy with his determination that never again would his home, his family or his livelihood would be put at risk.
– Nevertheless, at some time before 1912, new shop windows were installed and – waste not, want not – the old windows shutters and shelves found their way up into the attic, along with the unsold stock and other unwanted items.  The Coles were great hoarders and unwittingly great contributors to the museum’s collections.
– Tom Coles paid four pounds, four shillings a term plus five shillings for stationary for Hilda to attend the Wimborne High School for Girls at Allendale House as a day girl.
– Tom had many friends:  Dr. Ernest Kaye Le Fleming, Bill Topp, a fellow ironmonger, George Lock, the barber. Sir Newman Flower.
– Tom never learnt to drive.  Hilda was the family chauffeur, long before driving was the norm for women.
– Tom had a profound love and knowledge of Wimborne. He had a great influence on his daughter’s future together with his many interesting friends, such as Dr Ernest Kaye Le Fleming and George Lock, the barber. Most of these men, like Tom and, indeed, Mick herself, did not have the benefit of higher education and yet their thirst for knowledge, and breadth of their interests and depth of their learning is truly awe-inspiring.
– In 1872, the eccentric stationer (William Low) shut his shop and declared it must not be opened until his death.  32 years later, Tom Coles took over this part of the premises to enlarge his ironmongers’ shop and found amongst the old stock a magnificent collection of Victorian Valentine cards of great delicacy and charm.

Schooldays during WW1
– Hilda was educated at the Wimborne High School for Girls in Allendale House. As a girl she learned Scripture, English, Mathematics, Latin, French and Drill. Also Singing, Drawing, Brushwork, The Theory of Music, Harmony and Needlework (an anathema to Hilda). Hilda’s favourite sport was Hockey.  She continued to play with Wimborne Ladies’ Hockey Team for many years afterwards. Sometime during her schooldays perhaps because of her great love of sport Hilda turned into “Mick”, a nickname that remained with her for the rest of her life.
– When Mick completed her schooling, she joined her father in the shop. Mick was a much-cherished child and although she did not enjoy shop work, she was learning all the time.
– Lilian Jacobs, a friend of long standing, remembers going to dances in a Masonic Hall with Mick – farmers’ dances, and Hockey Club dances. They played hockey in matches together on Wednesdays and Saturdays, although her father would not always permit her to be absent from the shop on a Saturday.  Lilian remembers Mick sailing on a Norwegian cruise with her friend Miss Barnes and throwing a Norwegian party in the empty shop next door on their return.  She became interested in amateur dramatics and helped the Women’s Institute productions behind the scenes, making props and painting scenery.  Several people remember a spectacular wind machine she constructed for special effects.

WW2 1939 -1945 (in Europe)
– Hilda was posted to Invergordon in Scotland – Wren No. 65824. Mick was in the motor transport driving trucks and cars, she was very mechanically minded. She enjoyed making long trips in the north of Scotland. She was discharged from the Wrens on the 1st of April 1946 with commendations and a ‘mention in dispatches’ for her services.  She returned to the shop.  Many of her friends and acquaintances have expressed surprise that she did not leave home to better her prospects.

Later Life in Wimborne
– By all accounts Mick was artistic, intelligent, bright and quick to learn. She was the family chauffeur long before driving was the norm for a woman.  Tom had never learned to drive.
– With hindsight it seems as though these early days were one long apprenticeship for the task she eventually set herself – realising her father’s dream of opening a museum in Wimborne. Her eye-catching window displays but a rehearsal for the effective exhibitions she mounted later.  Business methods she learnt from her father and his bookkeeper, Mr. Burton, stood her in good stead when she had to make the difficult decision to dispense with the regular shop income and rely on investments and rents to support herself and her mother.  The small museum with only three rooms open to the public for limited hours was never going to be a money spinner.  Perhaps the most difficult lesson was learning how to deal with the public.  In the shop according to some, her attitude at times was less than ingratiating.  Mick could be very forthright, but this, too, was to prove a necessary asset.

Stephen Price, (an earlier curator) took the brave step of closing the museum completely to take out partitioning upstairs and restore the rooms to their former shape.   The restored museum won the prestigious Gulbenkian Award for the most improved museum in a rural area.  He planned the museum as we see it today with rooms furnished in appropriate period styles. In the course of clearing out centuries of old stock and other goods hoarded in the attic, he discovered the original Georgian shutters and shelves from the shop windows and the new frontage was designed using these authentic templates.

A wooden lid from a packing case, also from the attic and labelled Christopher King, led Stephen to research in the records office where the history of this former inhabitant, a silk and wool mercer from the 18th century, was revealed.  Of the datable finds, coins from 1735 and 1775 tie in with the occupant Christopher King.

– Ironmongers’ assistant to Tom Coles (1920) then to Hilda Coles until shop closed (1960s). Thomas Frank Coles died in 1953.  Hilda Coles his daughter took over the business.
– Spent the war years in the North African Desert, serving with General Alexander in a wireless patrol unit.
– After WW2, Ralph Lowle, who had made a solemn promise to Tom Coles that he would return to the shop after the war, assumed more responsibility.
– Lowle, Ralph’s widow, has many happy memories of the postwar years.  She was always made welcome in the shop. Mrs. Coles would offer her tea and when their daughter was a toddler, she would run down the garden to share her father’s dinner on a seat by the river.
– In a taped interview with the museum’s then curator, Stephen Price, Ralph Lowle gave a vivid account of shop life between wars. (could be 1990s)

– One of Hilda’s father’s closest friends, was commissioned in the Royal Army Medical Corps in 1917 during World War One. Returned to Wimborne at the end of the War, a changed man.
– Worked with a group of doctors meeting in Dorchester planning a National Health Service. Took his ideas to the BMA and Parliament (PM – Lloyd George).
– Knighted in 1937.
– Became school doctor to Canford School where he appointed a PE master.
– His collection was stored at the Dorchester County Museum and later moved to the PHM.

“An advocate for the creation of a National Health Service he was instrumental in the improvement of physical education in schools.”