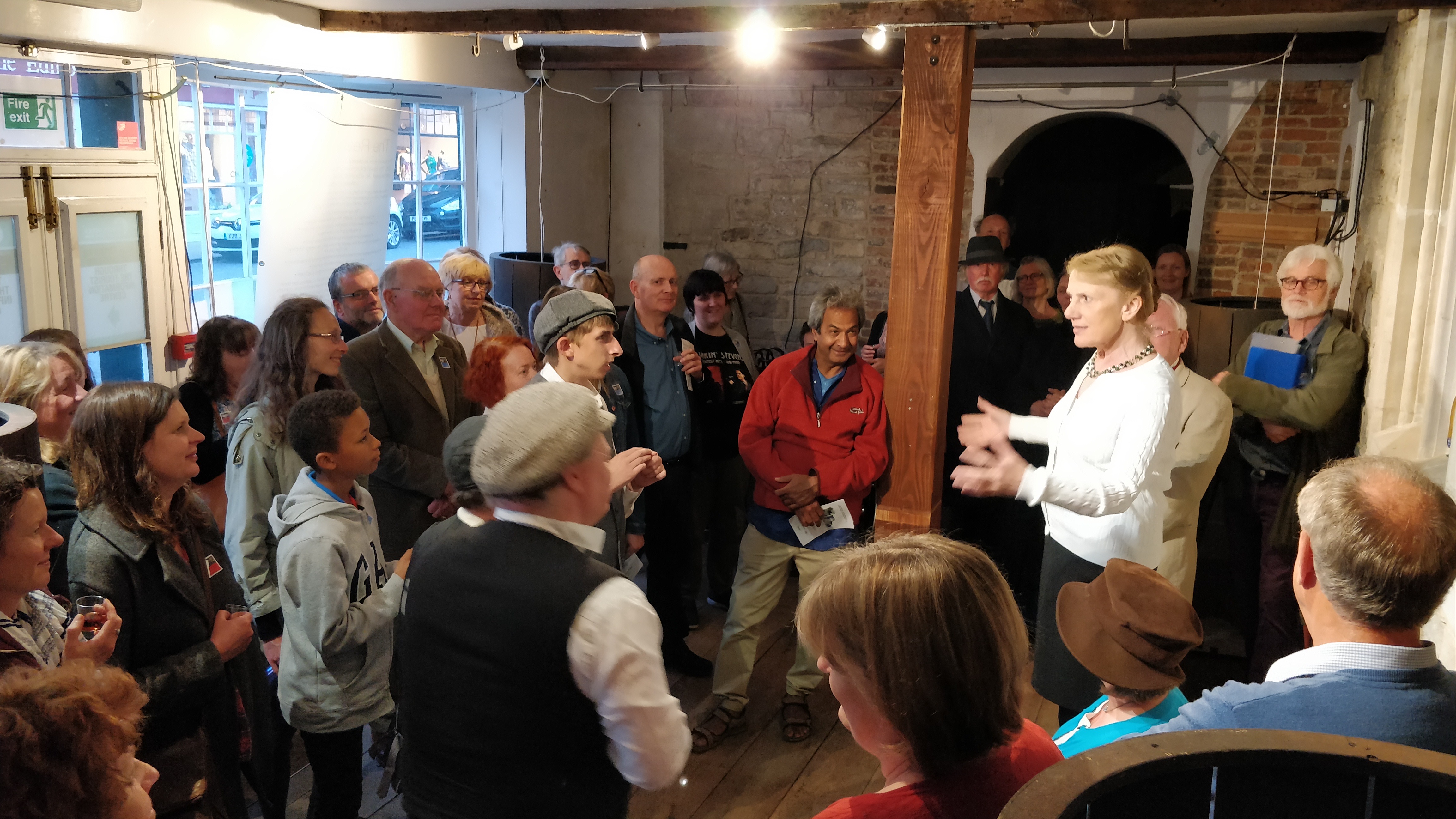 ‘Echoes of the Past‘ was a promenade theatre event created to mark the closing of the Museum in preparation for the next phase in the building’s history.  Research by WCT spanned many centuries and focussed on Hilda Coles, the founder of the Priest’s House Museum and many people who have passed through its doors from the streets of Wimborne – gentry, customers, servants, volunteers and friends.

After the first scene in the Shop, the audience were led simulateously around the empty museum in three or four groups, visiting five locations to experience imagined moments in time throughout the Building’s long history.

In the SHOP the Voices of the Building spoke to the assesmbled audience.

IN THE STATIONERY SHOP • 1880: the audience heard a soundscape of voices and sounds thorugh headphones, relating to the strange story of eccentric stationery shop owner, John Lowe.

IN THE GARDEN • 1940, we overheard Hilda Coles telling her parents Blanche and Tom, about her plans to join the War effort, as an ambualnce driver.

IN THE KITCHEN • 1891 & 1961, around the old cast iron hearth, Millstream Theatre acted out the story of shop-keeper, Ralphe Lowle (20th century), Hannah Bartlett (19th century), and other servants who worked in the kitchens.

FINALE IN THE SHOP • 1960 & 2019: in the final scene George Watson, Chair of Wimborne Historical Society, welcomed guests with a glass of sherry, as Hilda Coles, handed over the keys to Emma Ayling and developers, Greendale.