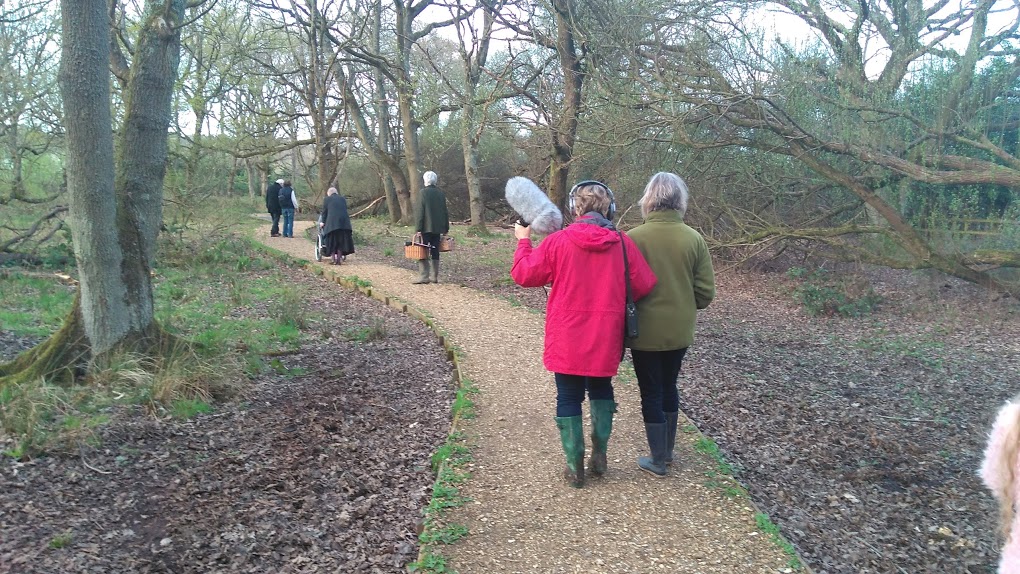 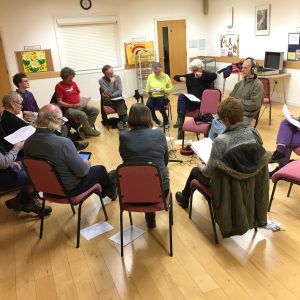 During the development of BytheWay, WCT members wanted to explore how to use recorded sound in the final production.  Working with sound artist, Adrian Newton, on location and in a workshop space, we experimented with capturing and creating sounds to be incorporated in soundscapes designed by Adrian, which the audience would listen to on headphones as they approached the wood, and as they walked deeper into it.

To accompany this piece, I worked with members of the cast to produce two soundscapes, which will be broadcast on radio headphones during the performances. The idea was to produce an immersive sonic experience, featuring sounds characteristic of the place drawn from both the past and the present. One of the pieces features the internal sounds of ash trees, recorded as part of the Heartwood project. These were combined with poems about woods, and spoken performances by cast members, which explore how Leigh Common has been used and valued by people in different ways over time. 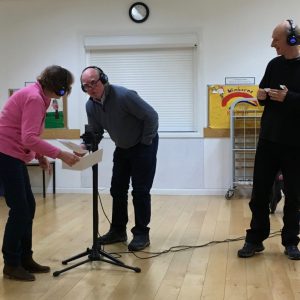