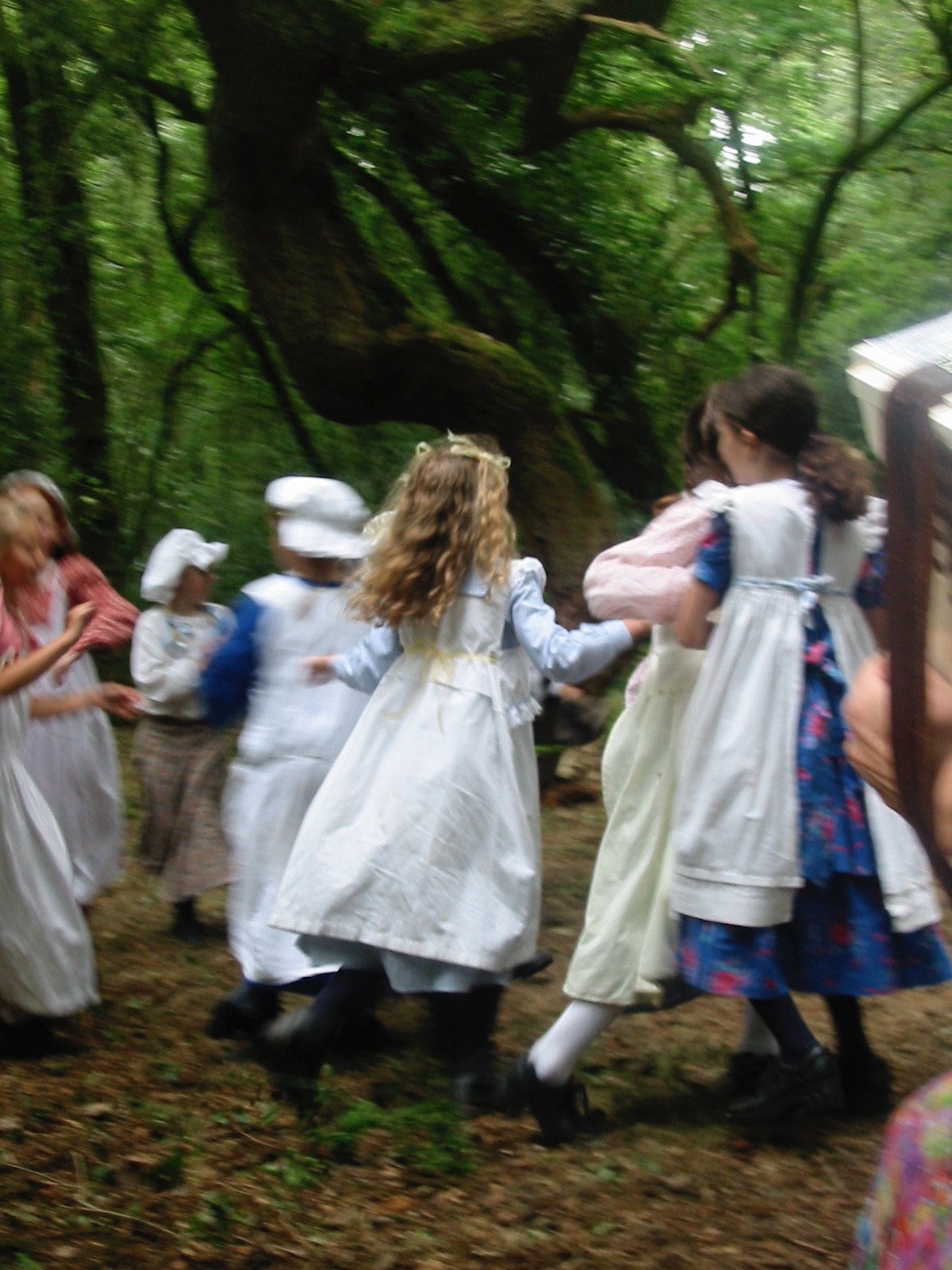 Listen HERE to young actors perform in Holt Forest (By Hook or By Crook, 2004), and local people talk about their forest, people being lost there, and stories about local characters, like Arthur Coffin, who lived in a cottage in the forest, and his son, Walt.

In other recordings people referred to the moment when national politics affected the fate of local girl, Amy Farrant, when her path crossed with that of the Duke of Monmouth in Holt parish.  Different points of view about the forest surfaced: to what extent should it be managed by English Nature, how freely should horses be ridden on paths, should grazing be reintroduced, to what extent should the wood be promoted as a place for people and dogs to visit?

As well as these contemporary concerns, we explored the symbolism of forests, the realm of nature’s secrets, and as places for testing and initiation or a spiritual world which we penetrate to find meaning.

WCT’s most recent production BytheWay: Sounds in a Common Wood  took  place in boggy woodland on Leigh Common, Colehill, near Wimborne in 2018.  It featured a soundscape which the audience heard through headphones as they journeyed through the wood.