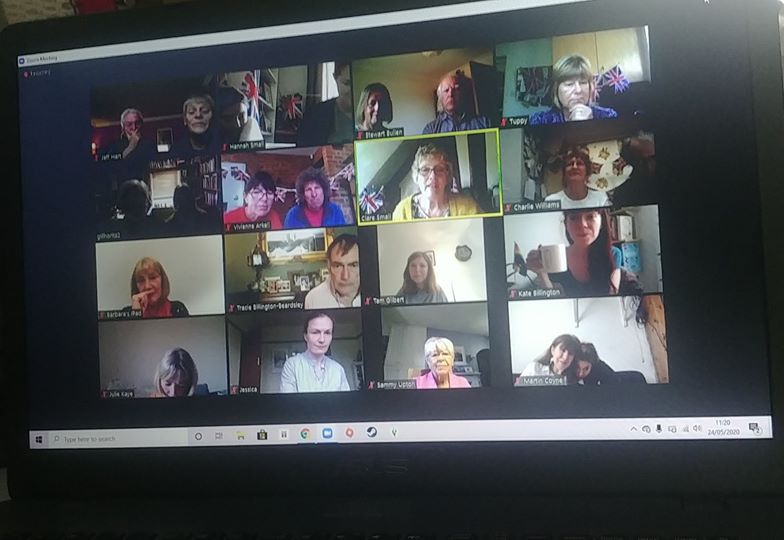 During lockdown, WCT members have been working collaboratively online.

On Sunday, 24 May, members took part in a commemorative reading of the original production Mrs J Puts Out Her Bunting, devised by Wimborne Community Theatre in 1995 as part of Wimborne’s VE Commemorations, and performed in the Cornmarket, Wimborne.

The reading was dedicated to Chris Dowdle, who sadly died recently after a long illness. Chris had been a supportive member of the group for many years, and performed in the original Mrs J Puts Out Her Bunting.

We gathered together 10 people who were in the original production (some who were then children), who joined more recent members for the reading on Zoom.

We were thrilled to welcome back the following who were in the original production: Jessica Billington, Sammy Boyle, Sharon Muiruri, Adrian and Lynnet Williams,  Julie Gooder 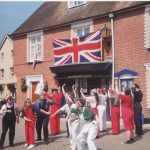 The play, set in 1945, tells of the stoical heroism of an ordinary woman, Mrs J, who represents the quiet spirit of British resolve and determination during that time. The show was developed by Wimborne Community Theatre members from research using poems, speeches, songs and local stories woven together with a Daily Sketch story from May 1945.

Future Plans:  Plans for WCT’s involvement in the re-opening of Priest’s House Museum have been postponed, although we hope to perform at the opening ceremony in the Autumn.  Further information will follow.